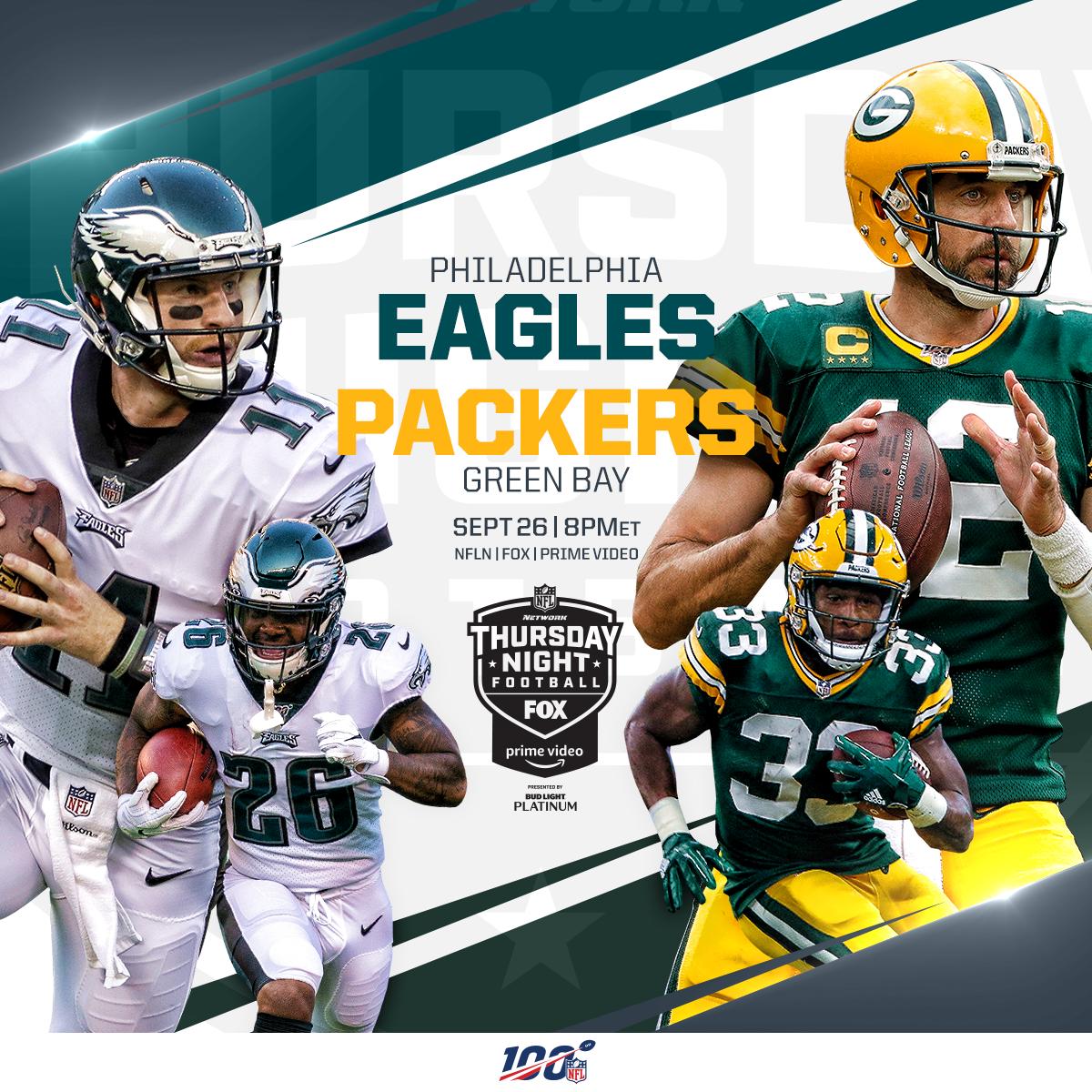 The Eagles are coming off of a tough loss at home against the Lions where they had a second dropped pass that could’ve lead to a win (first happened in week 2 at Atlanta).  Alshon Jeffery is back in the lineup tonight after missing last week and most of the Falcons game, coming out early in the first quarter with a calf injury. Nelson Agholor was looked at often in Jeffery’s absence, seeing about a dozen targets the last few weeks and hauling in 3 scores.  They’ll expect him to continue to contribute, but hopefully with less drops.  The defense is lacking however and will be without Ronald Darby which will hurt the secondary even more as they’re ranked 29th in pass yards allowed.  Wentz by the numbers: 2019, 61 completion %, 803 yards, 6 TD’s and 2 INT’s.  He’s a career 2.5:1 TD to INT ratio and on Thursday nights he’s 3-0 with 61 completion % with 7 TD’s and 1 INT and a 104.5 QB rating.  His road numbers however are 8-13 with a 1.78:1 TD to INT ratio.

The stats and recent history lean heavily in Green Bay’s favor.  Take the Packers to cover in the over, Packers 31-24.

You live and die by half points.  Yesterday, I died by one.  The Titans were a half point away from making yesterday a little better.  But hey, check out that Colts game!  Tom Savage didn’t look good early on this season and he didn’t look any better yesterday.  Two shocks yesterday was how exploited the Broncos defense was and that the Jaguars played so well without Leonard Fournette.  Tough one tonight, lets look at it:

Last week didn’t go as planned as we ended well below .500 in one of the strangest weeks in the NFL in my 24 years of being a fan.  No doubt the emotions of last weekend affected players and teams and I believe it affected the product on the field.  I’ve been talking about the politics from last weekend all week long and I’m going to leave it out of the rest off this blog.  It’s been exhaustive. Politics, off.

This will more than likely be close early.  Green Bay’s defense gives up big chunks of yards through the air but matchup a little better with the ground game.  The game plan should be simple for the Bears, get plenty of first downs, run often, keep the ball out of Aaron Rodgers’ hands.  If you can keep the Packers offense off the field, your chance of winning increases tremendously.  Now, I’ve never been a fan of Mike Glennon.  He’s got a nice completion percentage but his coaches have tended to keep him on a leash and not let him loose.  The Bears had a great ground game last week and they’ll look to build on that success this week on the road.  Jordan Howard may lead the team in carries and yards but it’s rookie Tarik Cohen leading the team in yards per carry with 6.5 and the teams leading receiver, giving him a very solid start to his rookie season.  However, that spells trouble for the Bears with trying to stay consistent on offense while keeping possession of the ball.  Green Bay is a tough place to play on the road and Green Bay is one of the best in the league since the turn of the century in winning at home.  Take the Packers to win in the over, 33-17.