It was a crazy first week with some fairly predictable outcomes and some shockers.  To make it clear, these are based on my predictions.  We’ll quickly run through them both.

Week 1 is now in the books, hit your waiver wire to get rid of the scrubs that looked like garbage for your fantasy team.  9-7 (56%) is a pretty good start for week one.  56% is where we want the baseline but always are looking to finish as high above that mark as possible.  Look for my NFL Week 2: Thursday Night Football prediction Thursday afternoon/early evening.  Check out week 1’s results and the splits on my picks below to see where you might take my advise or not going forward. 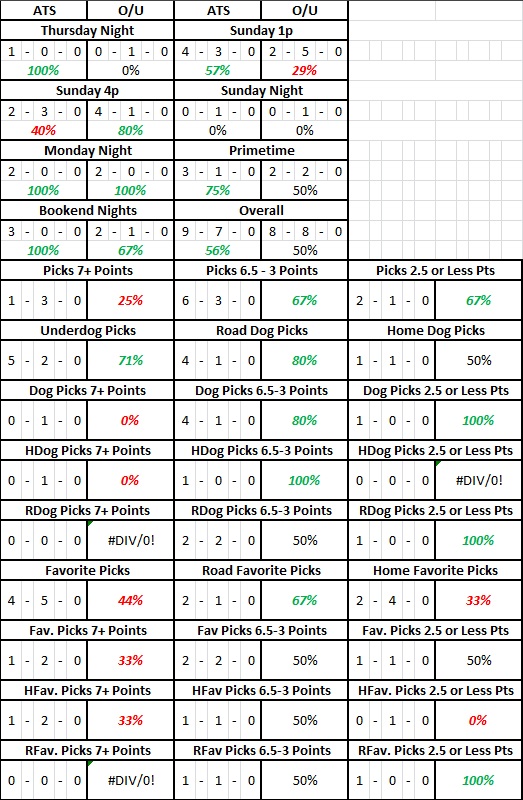