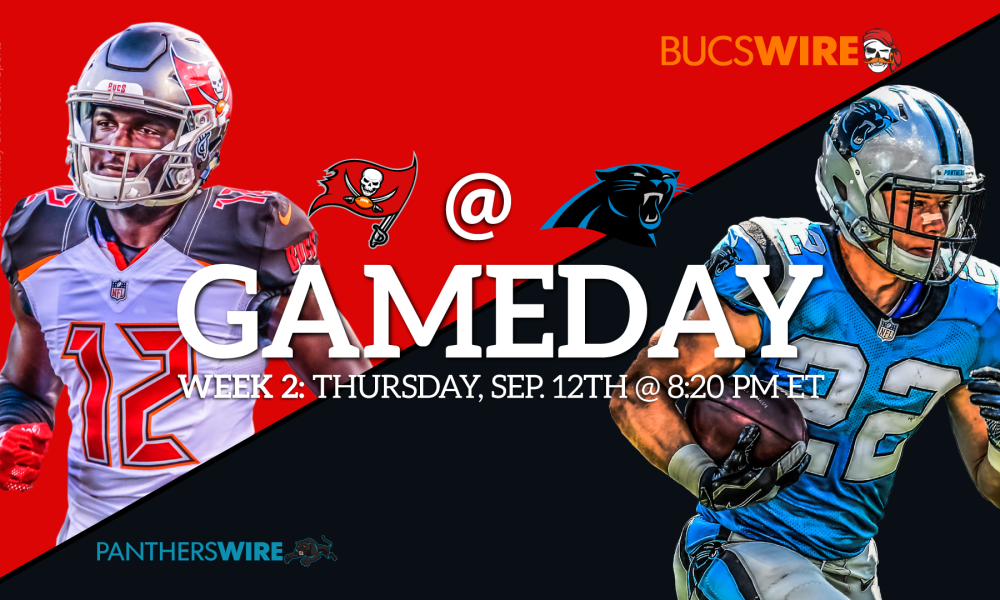 Tampa Bay Buccaneers @ Carolina Panthers, Bank of America Stadium, 8:20 PM, NFLN (Panthers -7, O/U: 48.5)
Jameis Winston couldn’t seem to get out of his own way last week against the 49ers. He accounted for all 4 of the Buccs turnovers including 3 interceptions, which two were brought back for touchdowns. Bruce Arians seems to have a short memory with Winston so far, keeping him as a starter for tonight. Ronny Jones III had a solid opening game to his sophomore campaign as he tries to solidify the back who will get the biggest workload. Jones went 75 yards on 13 carries while also catching a pass for 18 yards. Cam Newton had a solid outing to start the season against the Rams. He had a hard time moving the ball through the air, averaging less than 10 yards per completion. Panthers fans however, got to enjoy watching another stellar performance from Christian McCaffrey who had over 200 yards from scrimmage, leading the team in rushing and receiving, and had 2 rushing scores. Tonight’s game will mark Gerald McCoy’s first game against his old team since he had spent his first 9 years in the league with Tampa Bay. The thing that hurt the Panthers last week was giving the Rams short field drives early in the game. They will not drop 2 home games in back to back weeks. Take the Panthers to cover in the win, in the under, Panthers 27-17.