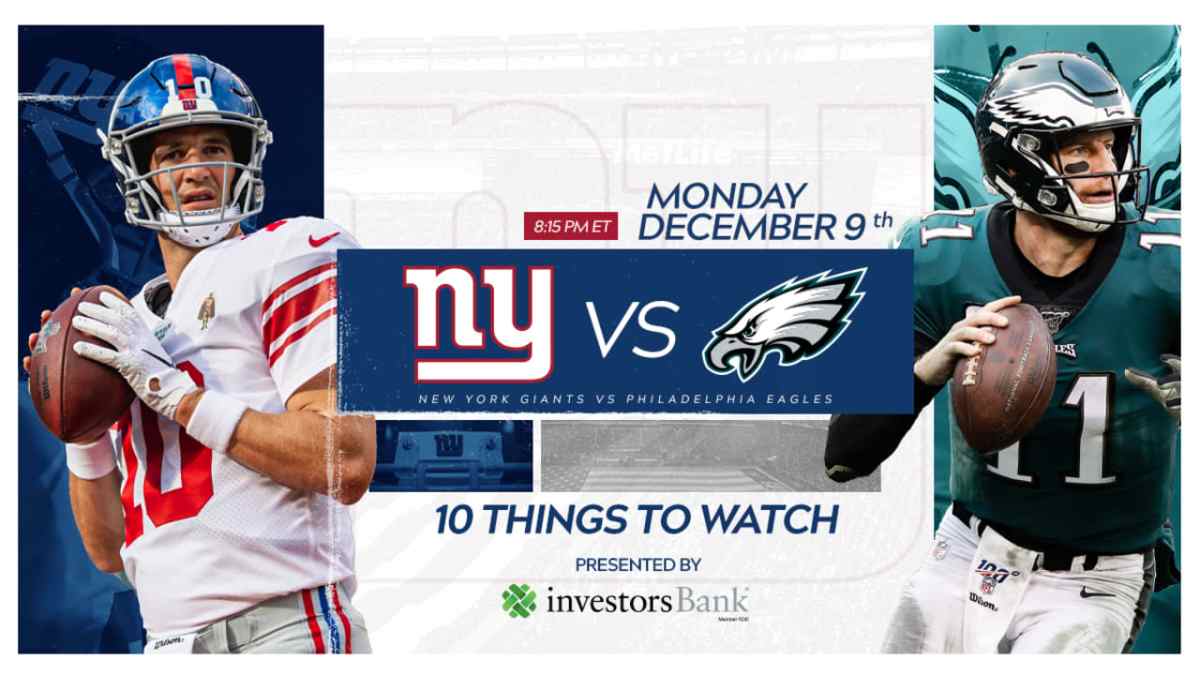 The Giants will be welcoming back their 2 time Super Bowl winning quarterback (Eli Manning) who they wildly moved off of in favor of their shiney new toy Danny Dimes in week 2. Eli has been complicit and helpful through the last 12 week’s of Jones’s career but the kid is hurt and the team hasn’t been playing well. Does it create a spark?

The Eagles also haven’t been playing great but are still within reach of the NFC East, which is in large part due to the Cowboys constantly shooting themselves in the foot with racking up losses. Wentz hasn’t looked good, missing wide open receivers at times, throws being off target in general but also struggling with decision making in the pocket. Miles Sanders and Jordan Howard have added some punch to their weak running game but signing Ajayi hasn’t done much for them as they were looking to use Sanders more in the passing game to help a struggling receiving corps.

Take the Giants to relive the days of old, covering in a close loss, in the over, Eagles 28-27.