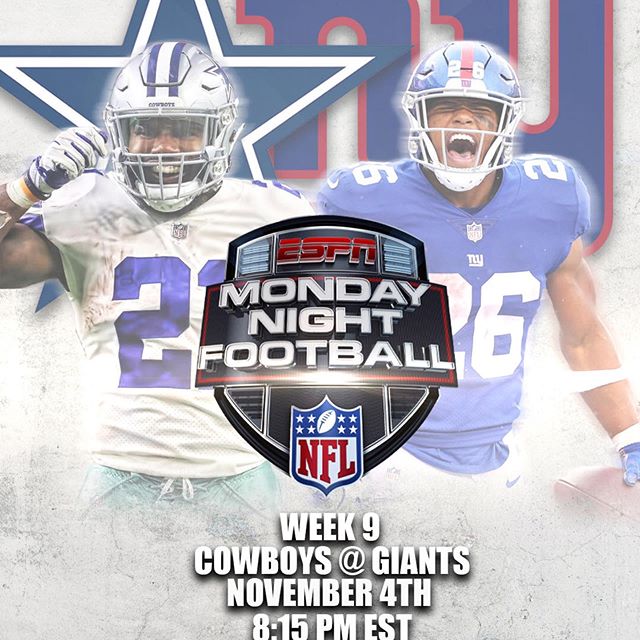 The Cowboys are coming off a huge win against divisional foes, the Eagles and are rejuvenated a bit with their bye week last week. Coming in fresh against a Giants team that is on a 4 game slide after some tough games against the Vikings, Patriots, Cardinals and Lions, the Giants look for momentum as they inch closer to their week 11 bye. Daniel Jones has looked rough in most of his starts with exception to week 3 and last week, in which last week he was 28/41 for 322 yards, 4 TD’s and zero picks. Barkley started the year hot, averaging over 10 yards until his high ankle sprain, has been average in the last 2 starts averaging less than 70 yards in both games. The Giants need to find him the ball more as he only has 3 scores (2 rushing, 1 receiving). Dak seems to be on a similar streak as he started off hot but as he’s played tougher teams (Saints, Packers and Eagles), he’s looked mediocre. In those 3 games, he has completed 67% of his passes for 925 yards but for only 3 TD’s and 5 picks. Those teams are a combined 19-7 while In his other 4 starts against teams with losing records (5-28), he’s completed 83% of his passes for 1,198 yards, 9 TD’s and 2 picks. Better teams means he’s just your run of the mill, middle of the pack starter but against weaker teams, he looks like an all-star. Take the Cowboys to win and cover handedly in the over, Cowboys 31-19.