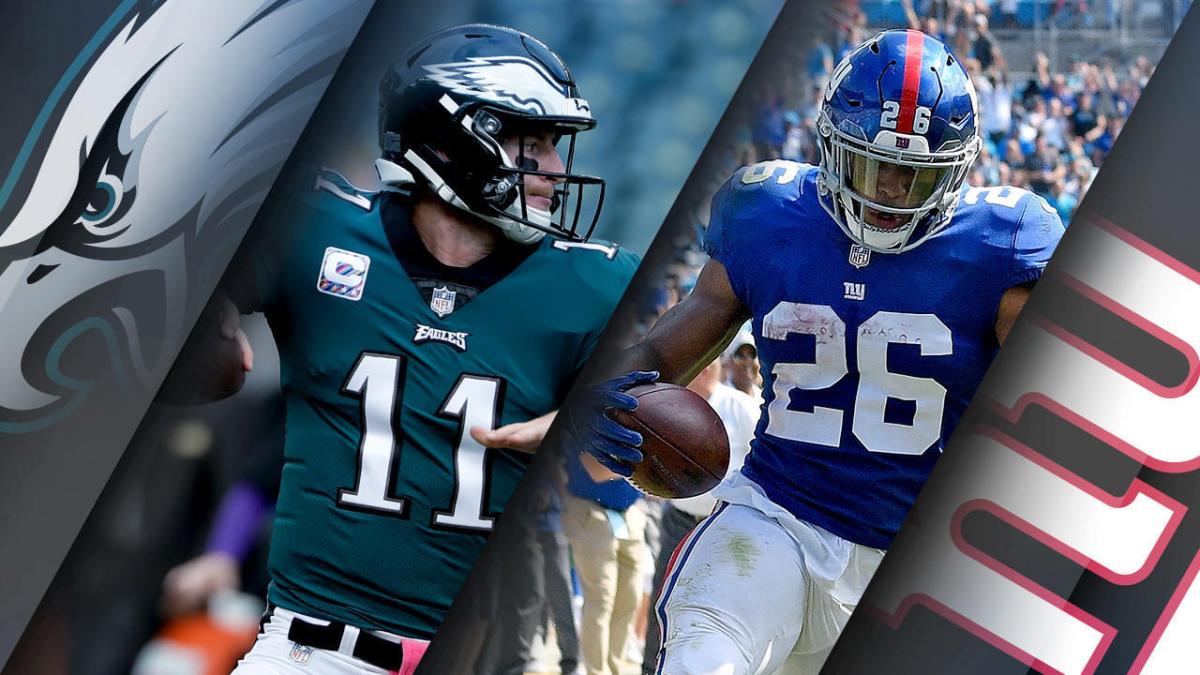 The Eagles have looked like the typical super bowl hangover team. Slow start, injuries, player turnover that affects the teams overall play. The latest injury hurts their running game, losing Ajayi for the rest of the year. Granted, he had just under 200 yards of offense but averaged over 4 yards per carry. There has been speculation that there might be a trade with the Steelers for Bell but late in the week there were reports that the Bills were called about a possible trade for McCoy. Neither came to fruition and the Eagles are stuck platooning Clement and Smallwood, who have the combined ability to get the job done. Either way, the Eagles are in a funk and Pederson needs to right the ship, which he could possibly do against a weary Giants team.

The Giants are coming off a tough loss on the road to the Panthers that saw a nearly scare when Barkley hyperextended his knee a bit after jumping into the endzone for a score. It was a game which lead with a weird interview that OBJ gave with Lil’ Wayne by his side and essentially said Manning is not a good QB anymore and he doesn’t see as many targets as other star receivers and that he needs more looks. Well, they made him the QB on a play and he tosses a huge 57 yard score to Barkley. How’s that for drama?
This one will come down to motivation. Who has the most motivation to turn their season around? Both offensive lines have been sketchy. Both QB’s have seen a ton of pressure the last few weeks.

The Eagles have more to lose since they are 2-3 and not in as big of a hole as the Giants. Take the Eagles to steal one on the road, Eagles win and cover in the over, Eagles 31-27.